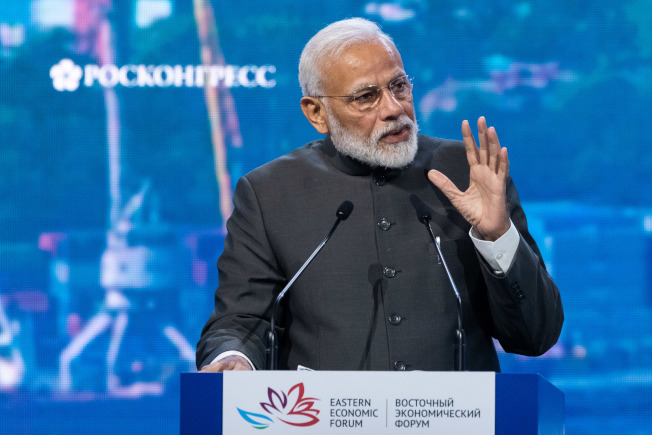 ●Indian Prime Minster Narendra Modi's high-profile visit to the US includes an evening in New York, where he will be honoured for a flagship government scheme. But the celebrity event has turned controversial.

●A federal minister announced on 2 September that the Bill & Melinda Gates Foundation would recognise Mr Modi for his government's efforts to end open defecation.

●The Swachh Bharat Abhiyan, as it is known, or Clean India Mission, seeks to improve sanitation across the country by building tens of millions of toilets for the poor.

●But the seemingly innocuous award has sparked scathing opinion pieces, the disapproval of at least three Nobel laureates, a petition by more than 100,000 people, and even rejection by celebrities - British Asian actors Jameela Jamil and Riz Ahmed were due to attend but dropped out of the event, although neither has explained why.

●The award for Mr Modi has raised eyebrows because to date recipients of the Gates Foundation's "Goalkeeper" award have largely been grassroots political and community activists.

●Hundreds of millions of Indians defecate in the open because they have no access to toilets or even running water. It has been a persistent problem, polluting soil and water, causing diseases and putting women and girls at risk as they go out alone in the night to relieve themselves.

●So Mr Modi's ambitious promise in 2014 that he would end this practice caught the attention of India and the world. And that goal lies at the heart of the Clean India Mission, arguably Mr Modi's most beloved campaign.

●He and his Bharatiya Janata Party-led government have touted it as a success - and in the run-up to this year's election, Mr Modi claimed that thanks to the programme, 90% of Indians now have access to a toilet, up from 40% before he came to office.