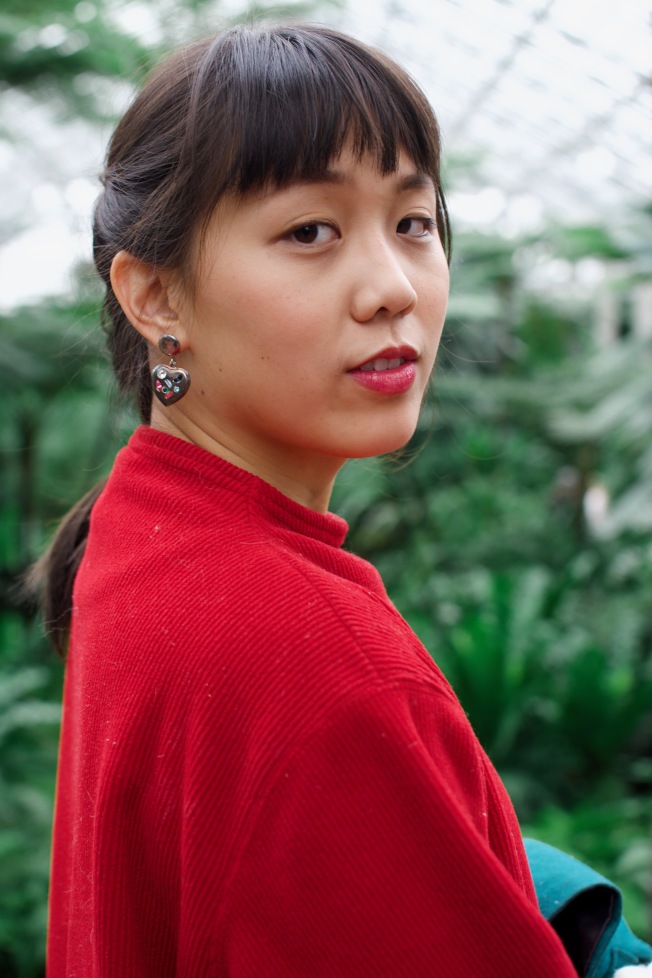 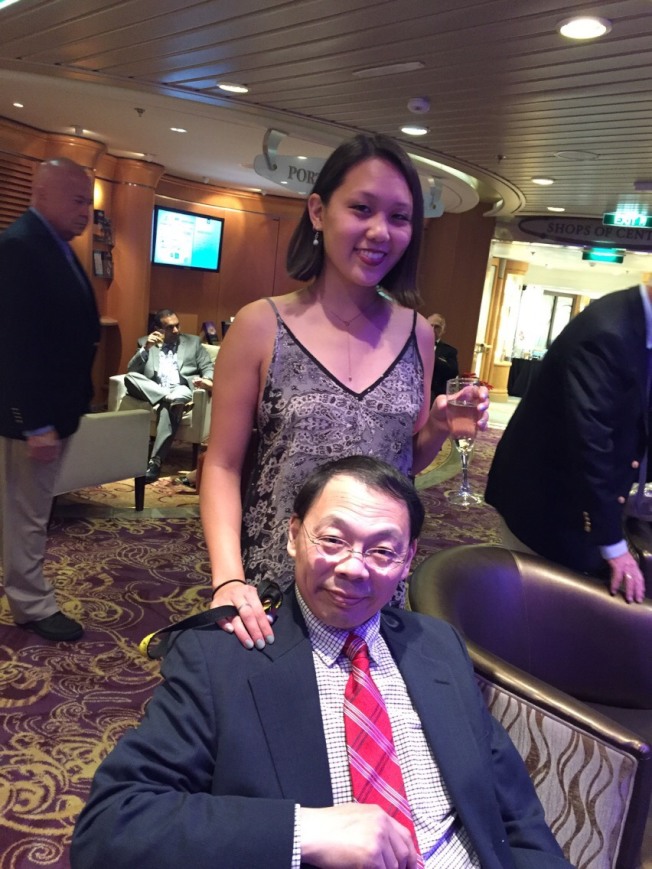 Shirley Wang and her father, who passed away last June. (Courtesy of Shirley Wang)

I chose to freelance because there were stories I wanted to tell and I felt an urgency to tell them. When my dad got sick, I was still halfway through college. I was away from people that knew him and my family. I would avoid talking about what was going on at home for two years and my thoughts after visits to see my dad. They were times when I was reminded of his sick, skinny and dying body.

Friends used to notice how I would talk about my dad’s illness and say that they thought I seemed overwhelmed and unable to act. Paralyzed by all the change in my life.

‘You are so slow to process,’ one friend said to me.

So now, I spend my time processing. Mostly, for the past year, the only thing I want to write about is my dad. After he passed away, he was all I could think about. I wrote an article about him and his use of opioids for a local arts and culture magazine, two others  for an online publication, one about his favorite hair salon and then later about his friendship with Charles Barkley - a story that, to my surprise, went viral.

But it all came down to this: I really just needed time to think and an audience to celebrate my dad’s life with. That was my guiding star.. For a while, there weren’t other stories I was interested in telling; my head was filled with static. I was (and still am in many ways) figuring out what had happened to myself and my family. I was even a little angry that people like dad, a Chinese immigrant from Iowa, or things from my dad’s life did not seem to exist in the media. It was like he was erased from the world.

I spent most of my time scheming on how I could get paid for writing about him, and what it meant to still be alive while my dad was gone. My life was upended. I had a desperate need to figure out what it all meant. I needed stories and reasons to think about him and hold on for longer.There is an effect when you write about the people you’ve lost. They become alive, you are writing with their spirit next to you as you think of them. When you write about them, you are trying to hold onto specific memories and moments. They become alive in your thoughts.  When you write about them, those feelings of sadness and distraction are put away - they exist on paper and become a calmer part of yourself.

Another reason why I began freelancing was because of my body. My anxiety comes from both losing my dad, but also from fearing that I will never be healthy. As someone who is prone to hopelessness and depression, my stress had turned into chronic pain. For the past 6 years, I have had constant muscle spasms and extreme neck pain. I needed a schedule that allowed me to take days off, take walks with my dog when I needed, and not ignore my body until the damage became permanent. I hated being in a full time work setting because it felt like I was sad all the time.I became disturbed that working 9am-5pm every day meant that I had to pretend I wasn’t in pain.

Growing up in a Chinese immigrant family, the only person I knew who was pursuing creative passions was my older cousin who lives in New York City and works as a commercial videographer. I always heard of him flying around the world, working with some of the most creative minds in the world and setting his own work hours. I suddenly realized that this was something I could want for myself. He had already done the work of proving to our family members that this was a viable career path and that creative pursuits didn’t always inevitably lead to permanent failure, struggle, fire burning destruction.

I didn’t plan to do it for the rest of my life, but for the moment freelancing was perfect. I could set my own schedule and work when I felt the most productive in the morning. I could have a better work/life balance. The rest of my day I would explore, think and travel. While writing, I lived to Hong Kong, New York City, Argentina and Bolivia. I kept writing and kept my career alive while also getting excited about all the things I didn’t know about the world and staying curious. I felt I could heal and also work. While traveling in Asia, I learned more about ancestor veneration and began talking to my dad every morning. While traveling in South America, I started learning Spanish and felt stronger every time I used it in new situations. I had more reasons to live a full and exciting life. 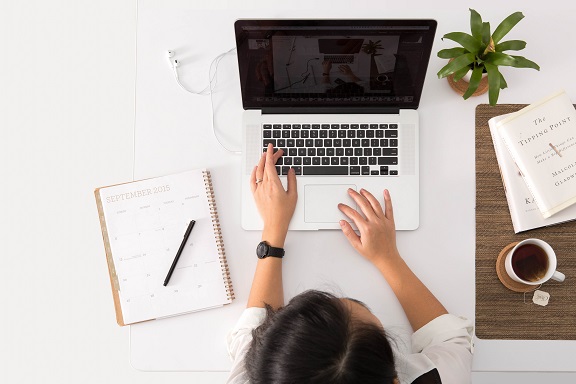 Being a freelancer means that you can have your own schedule. (Unsplash)

Life is more than work and many people want to be their own boss. I thought of people like Amy Tan, who before writing her best-selling book The Joy Luck Club, worked as a language-development consultant for the Alameda County Association for developmentally disabled children. She left this job and started a freelance business that was so successful she was able to buy her mother a house. After a while she felt it was too much work. Because Tan had learned to take risks and try new things, she felt confident she could write a work of fiction without any experience and even finished the book in four months.

I learned a lot from freelancers who left their jobs in order to explore independently.

I know that this does not describe every freelancer. Leaving a job or giving up a regular job is not always preferred. For example, in 2018, business publication Fast Company conducted a survey that showed that 42 percent of U.S. millennials now freelance, concluding that more and more Americans want to be entrepreneurs. However, after the story was published, many freelancers online chimed in, claiming that they only started freelancing because they had trouble finding a job elsewhere.

Before choosing to be a freelancer, it is important to have specific reasons, a time frame and a safety net.

There has to be very strong reasons why you want to freelance because it is really difficult to pay for a livelihood. For example, Amy Tan had to work 90 hours a week in order to afford that house for her mother.

You also need to know what the market is like for the type of freelancing you want to do. Freelancing as a writer can mean many different things. There is business writing like Amy Tan  did, which means copyediting and marketing writing. This type pays much better than creative fiction or nonfiction, journalistic freelancing writing. As you get more experienced, you might be paid to consult or edit a story. Writing exactly what you want, like I did, does not pay much, until you get as well-known as someone like Taffy Brodesser-Akner who writes for the New York Times and gets paid $4/word. If you are not like her, publications treat you like you are lucky to write for them. They do not treat you like you are offering them a service, which you are.

While it is possible to do freelance writing full-time, it is very tough starting out and you sacrifice stability for about a year. Freelancing is really tough for someone who is in more financially-vulnerable situations, and at the beginning should be paired with regularly-paying small, part-time jobs. It requires strong relationships, good story ideas and a strong will. You face horribly low rates that start from $.05/word and sometimes you are expected to work for free just to build a portfolio. Audio reporting is much better paid and that is part of the reason why I wanted to have experience in radio. But still - There are no employee benefits.

There are a lot of problems with the freelancing industry. I will tell you because I find details useful in comparing situations. I am not a full-time freelancer. Most months I either break-even or spend my savings. I sometimes write for business. During college, I received financial aid and the rest of the tuition was paid for by my parents. I had worked as a waitress and saved up money. I don’t have dependents and most freelancers tend to be untethered -  only about a third of freelancers in the U.S. are at least 50 years old. I have financial stability and experience in my field. Next time I start freelancing again, I will have a part-time job.

Personally I believe that freelancing is enjoyable but difficult to maintain for a very long term.

Even if I understood that for me freelancing had more benefits than negatives, I still owed it to my mom to know why I wanted to freelance. I had to be able to explain to her why I would accept this instability, which she really feared. Though they really tried, my parents can’t t fully understand. They came from science backgrounds and are not involved in my world as much as I am. So I feel it is necessary to explain to my mom why my career and my lifestyle matter so much to me. I feel even though I might be doing something she doesn’t understand and doesn’t fully approve of, I owe her that much. When I told her that I was going to freelance and travel, it wasn’t her favorite idea. The reality is harsh, but parent and child should try to face things together. 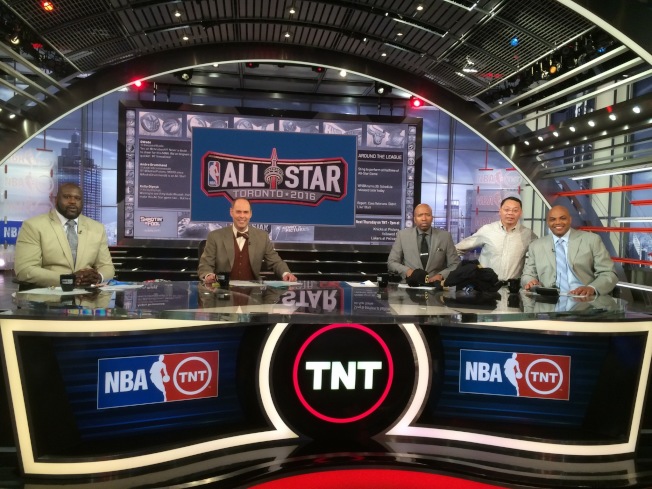 Shirley's father and his friend, Charles Barkley (right), on the set of Inside the NBA. (Courtesy of Shirley Wang)

In my field, to the outsider it looks like everyone, no matter how talented, has to bounce, bouncing from internship to internship until you get lucky. But as more and more evidence shows, there are people getting lucky to do the work and lead the life that means the most to them, and there is work you can do to increase that luck -  the pay-off is huge.

Nowadays, more and more people accept that sometimes the most unconventional and unpredictable career paths can be rewarding. While that uncertainty is very difficult, it makes a person stronger. Take the guests on the English podcast Rock the Boat, who are all Asian American, mostly first or second generation who never thought they could lead the career they wanted. With guests like presidential candidate Andrew Yang and media mogul Bing Chen, they discuss how believing in yourself and hard work can be a powerful combination.

I know for me, I am trying to succeed as a freelancer because I want to fight for the kind of life I want to live. One where I can rest and think. So I’m freelancing for now.

If you think freelancing might suit you, you owe it to yourself to try. You can learn how to pitch, how to write in a style that people want to pay for, and how to land contracts. You have to know why you want to do it. Is it because you want the freedom? Your own schedule? Because you can’t find jobs you like?

No matter what happens after freelancing, even if you tried it and didn’t like it, you gain a sense of your work habits, how to take risks and you learn about what is important to you. 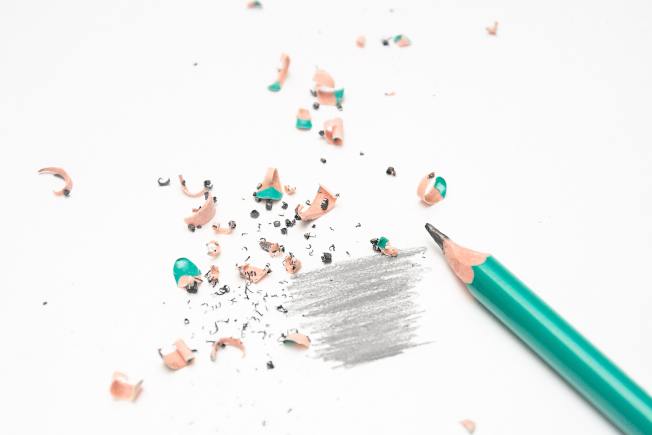 There have to be very strong reasons why you want to freelance. (Pixabay) 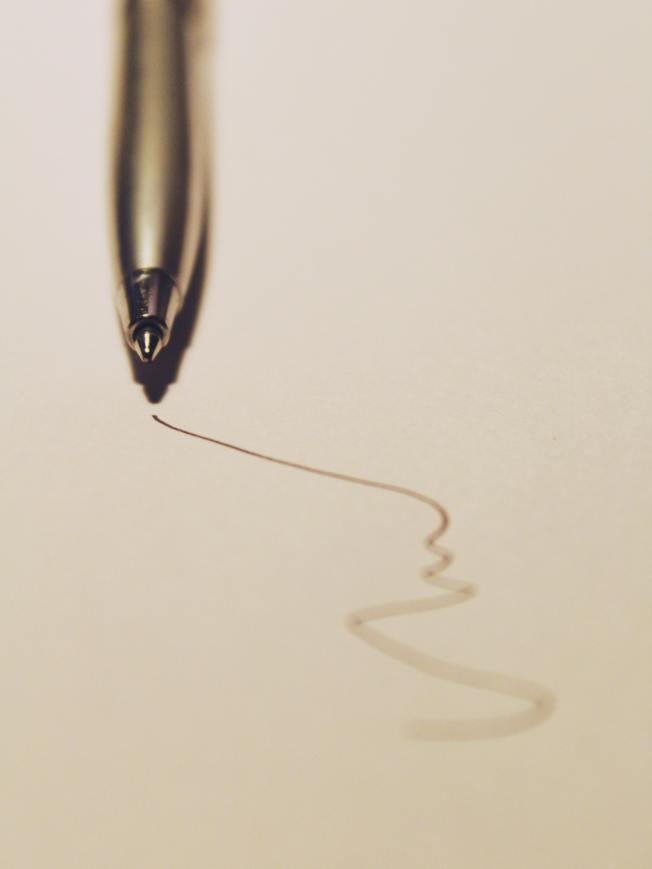 Before choosing to be a freelancer, having specific reasons, a time frame and a safety net are all extremely important. (Pixabay)